Greece charters offers some of the most beautiful and luxurious power yachts in the world. The Greek yachts featured below are all above 150 Feet and are available for your Greek sailing adventure. We welcome you to select any of the yachts and we will provide you with all the necessary information to help you decide on the best yacht for your Greece yacht charter vacation. 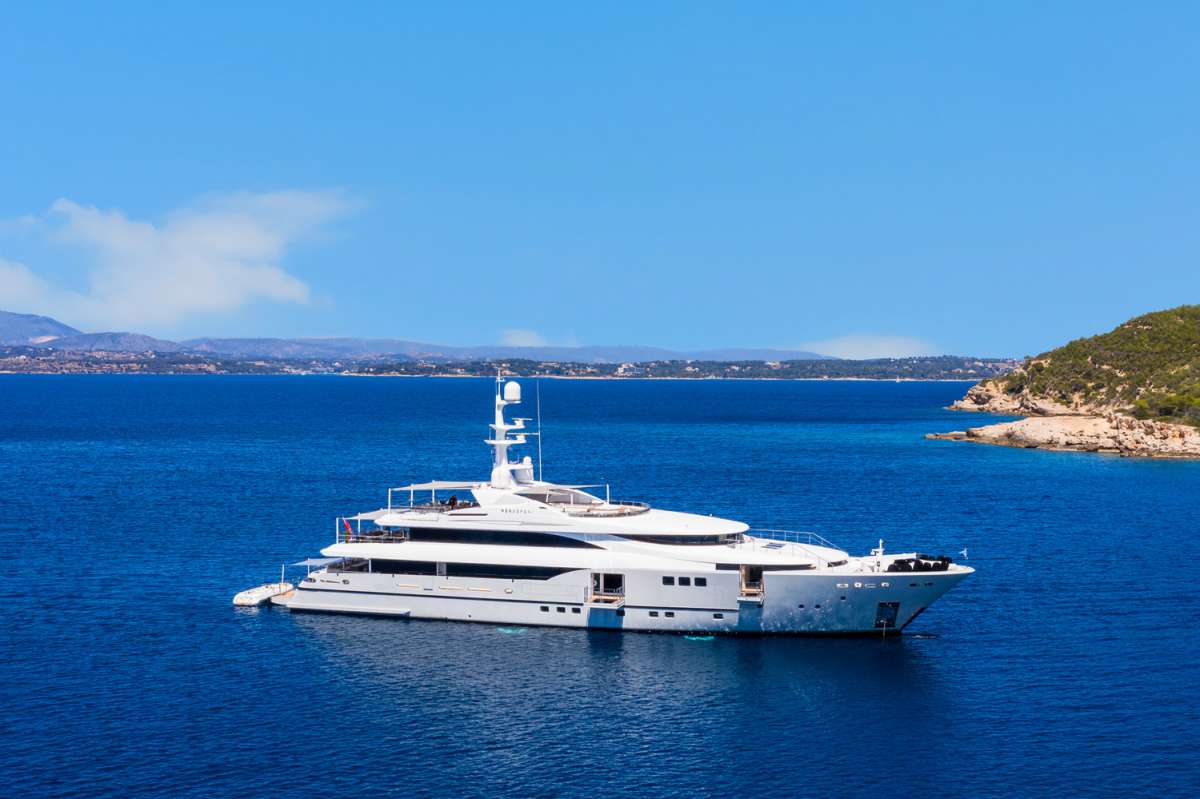 All with en-suite facilities 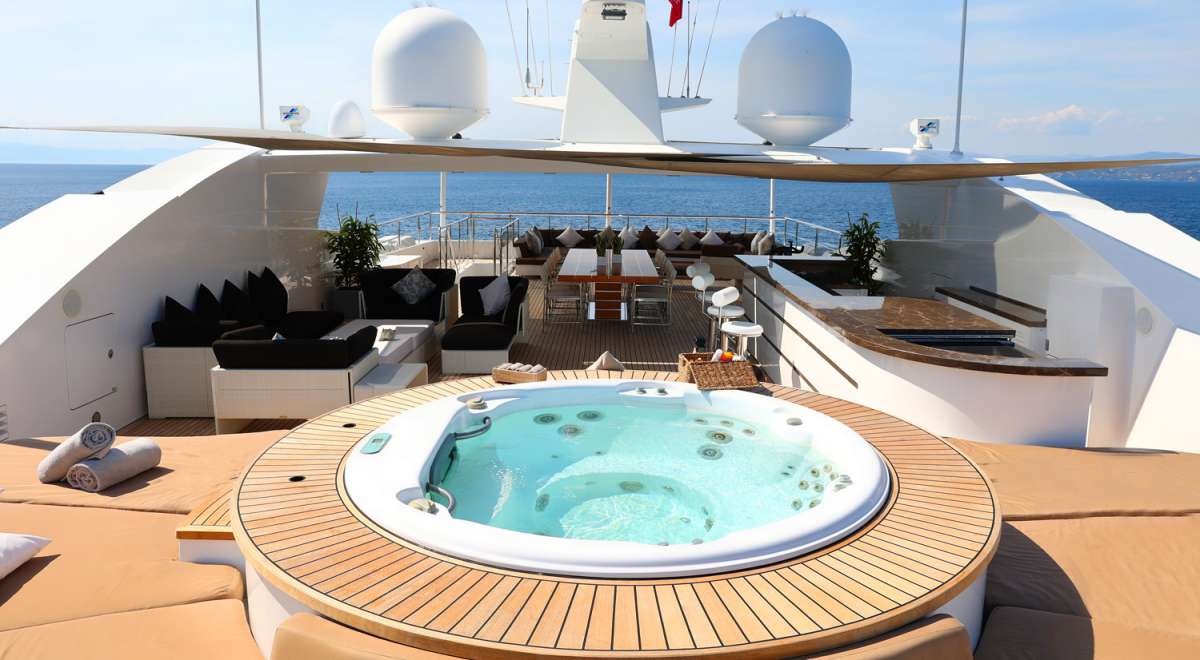 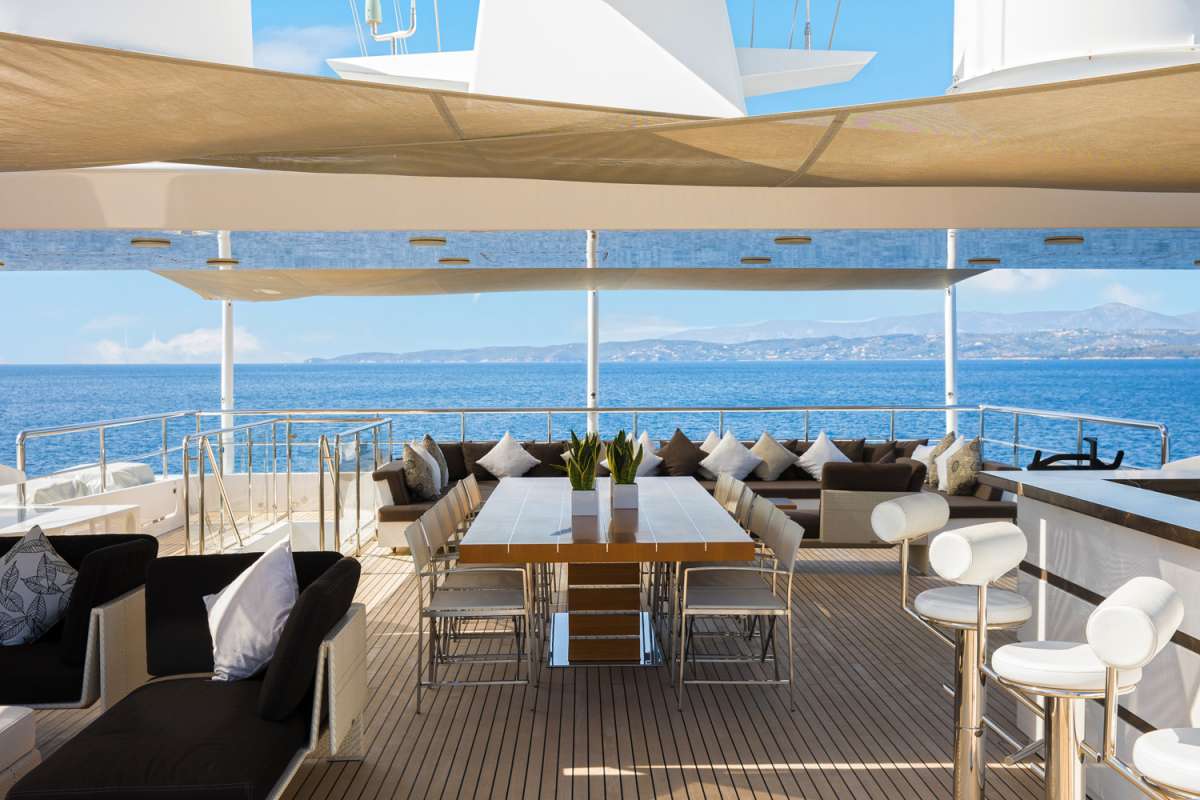 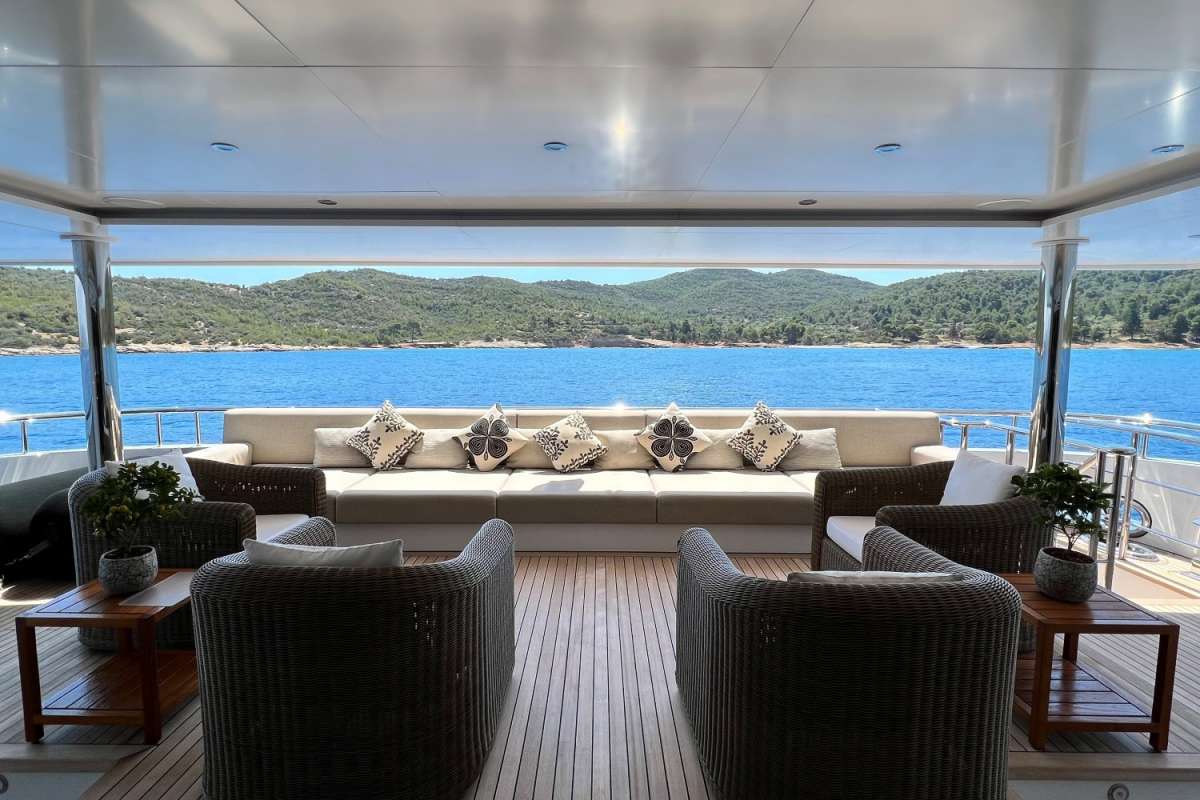 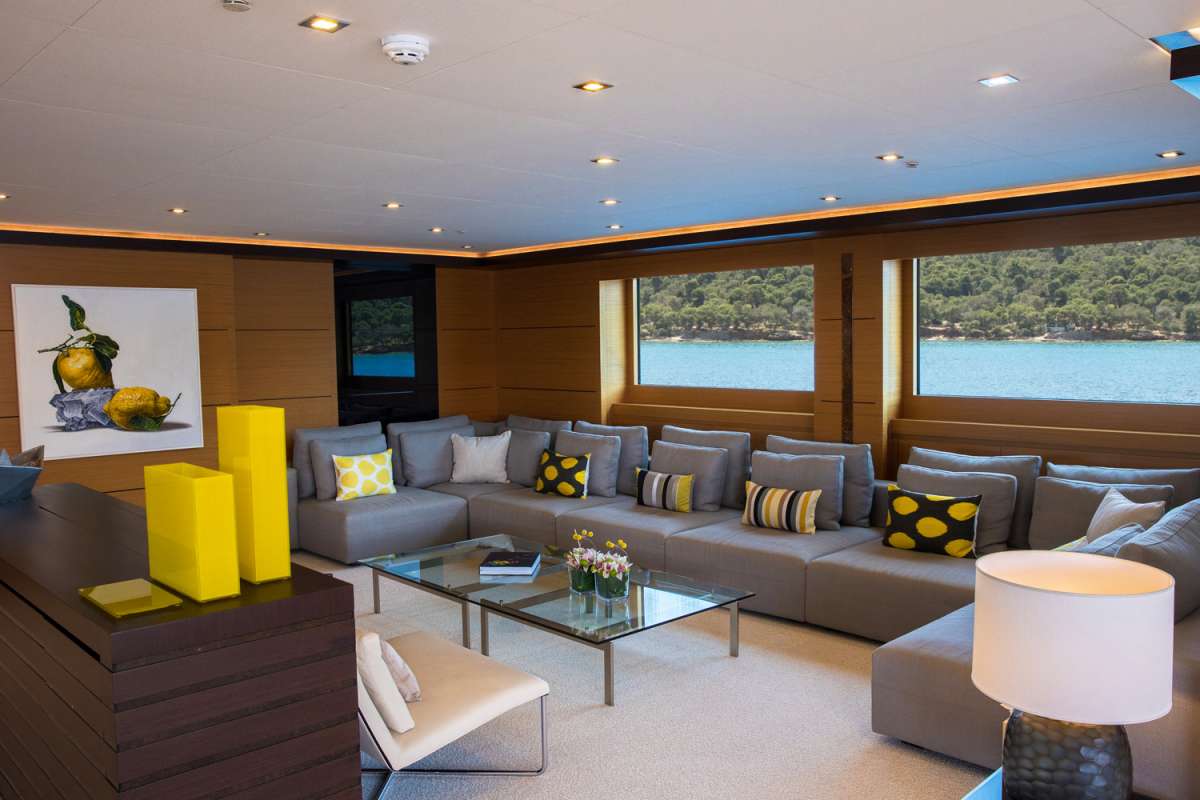 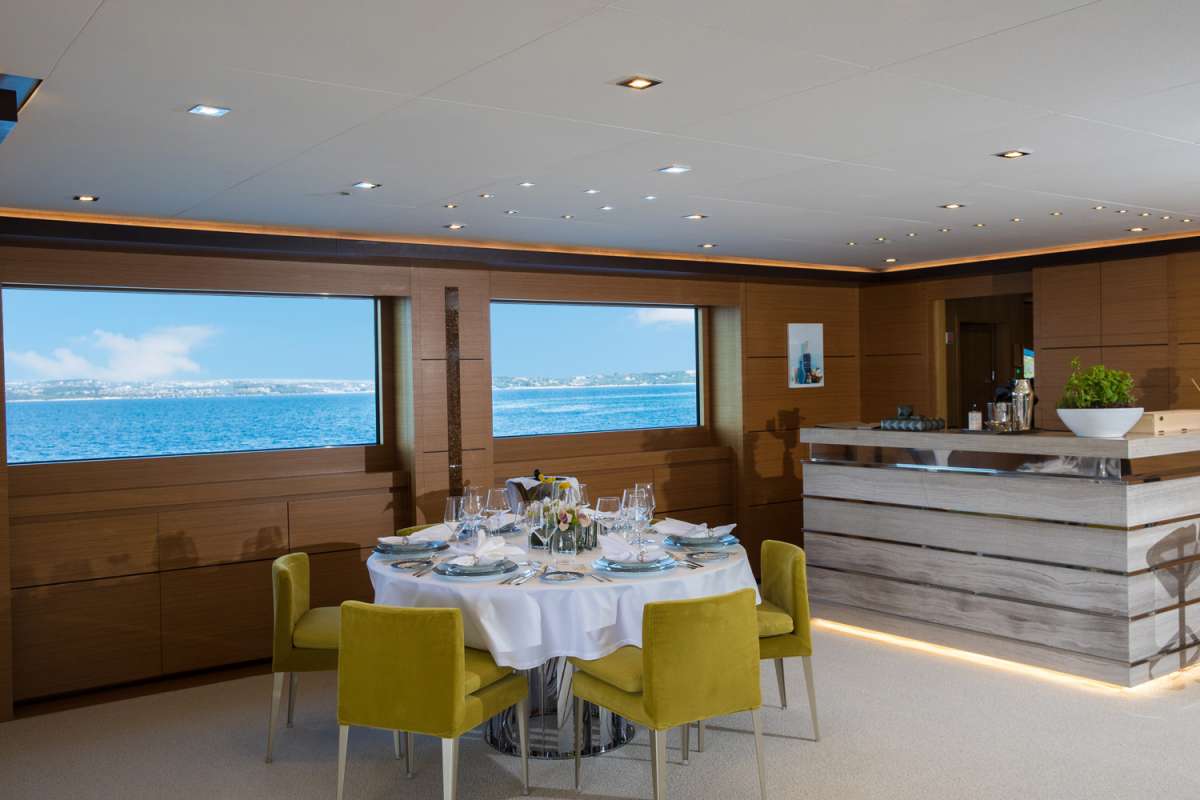 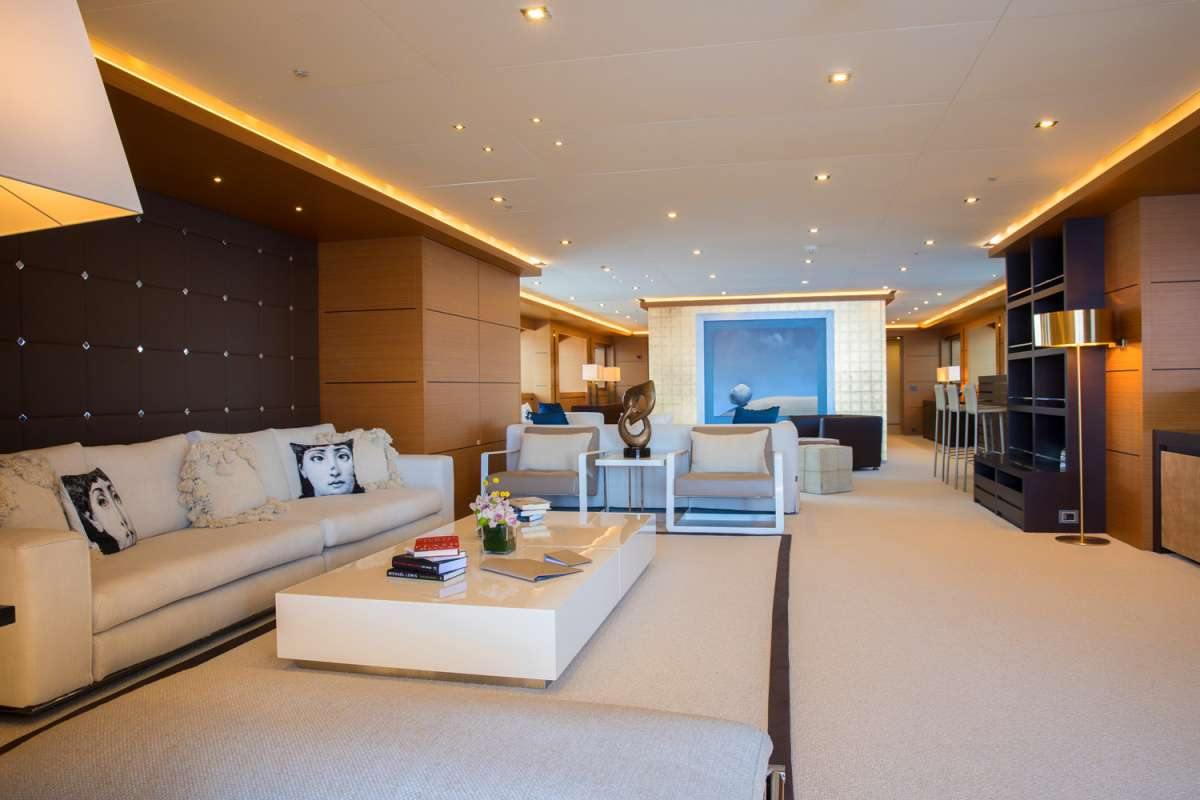 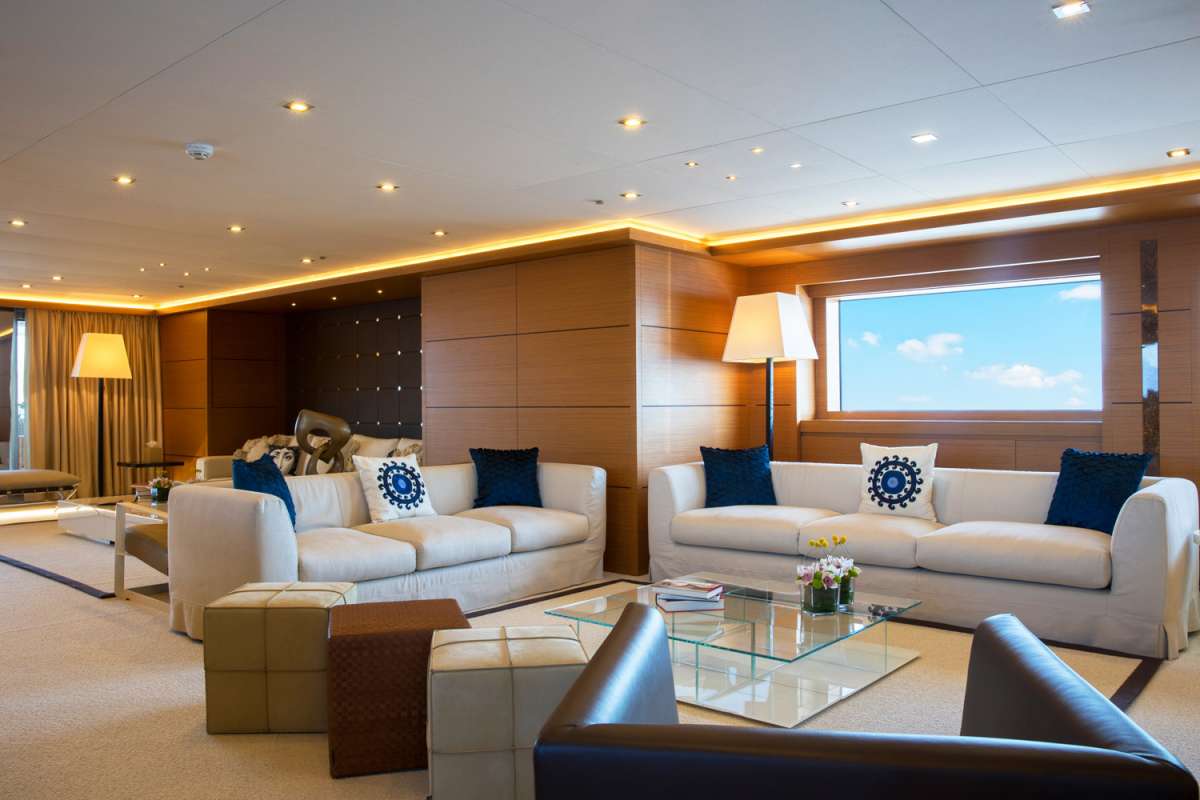 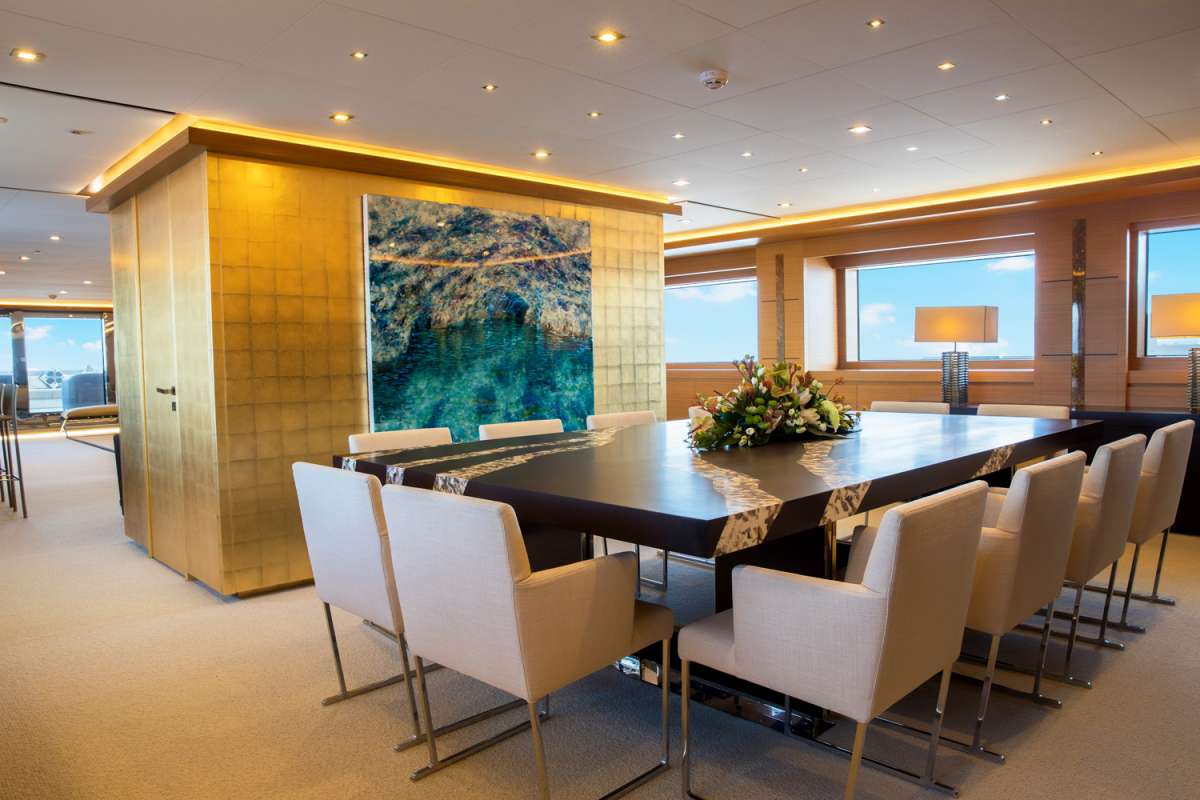 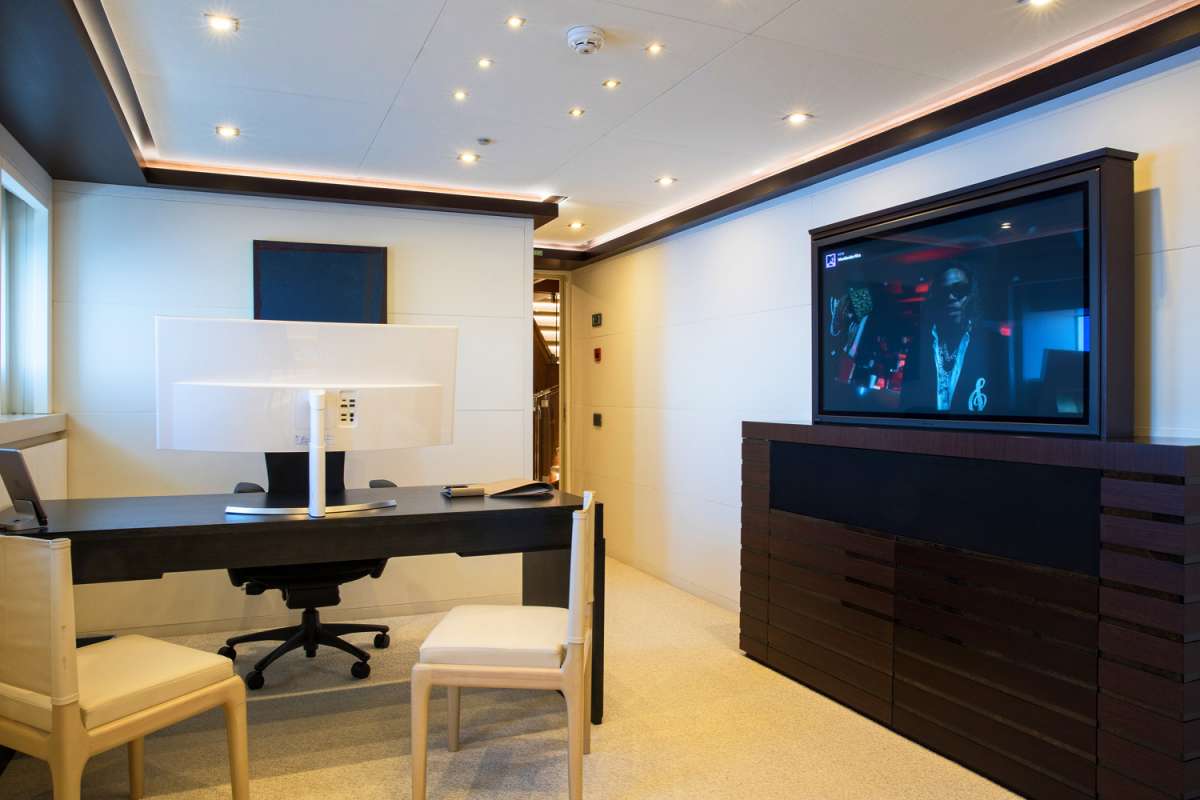 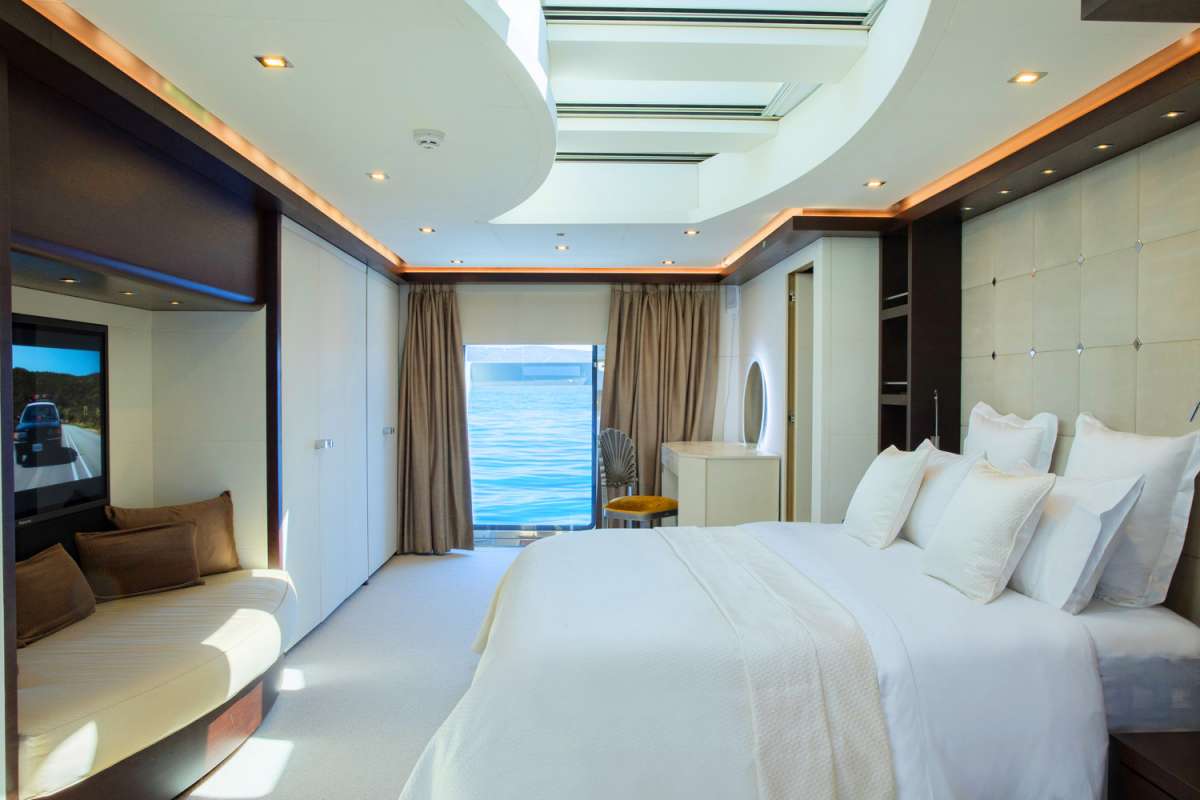 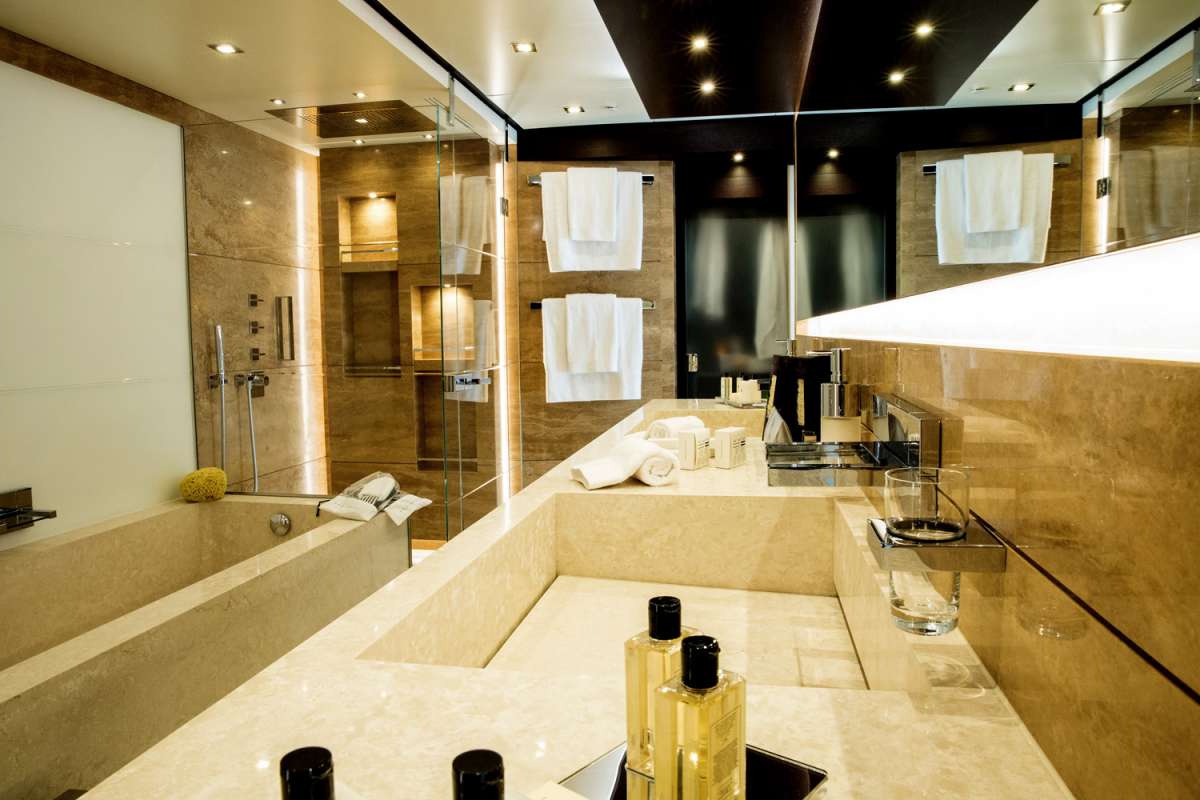 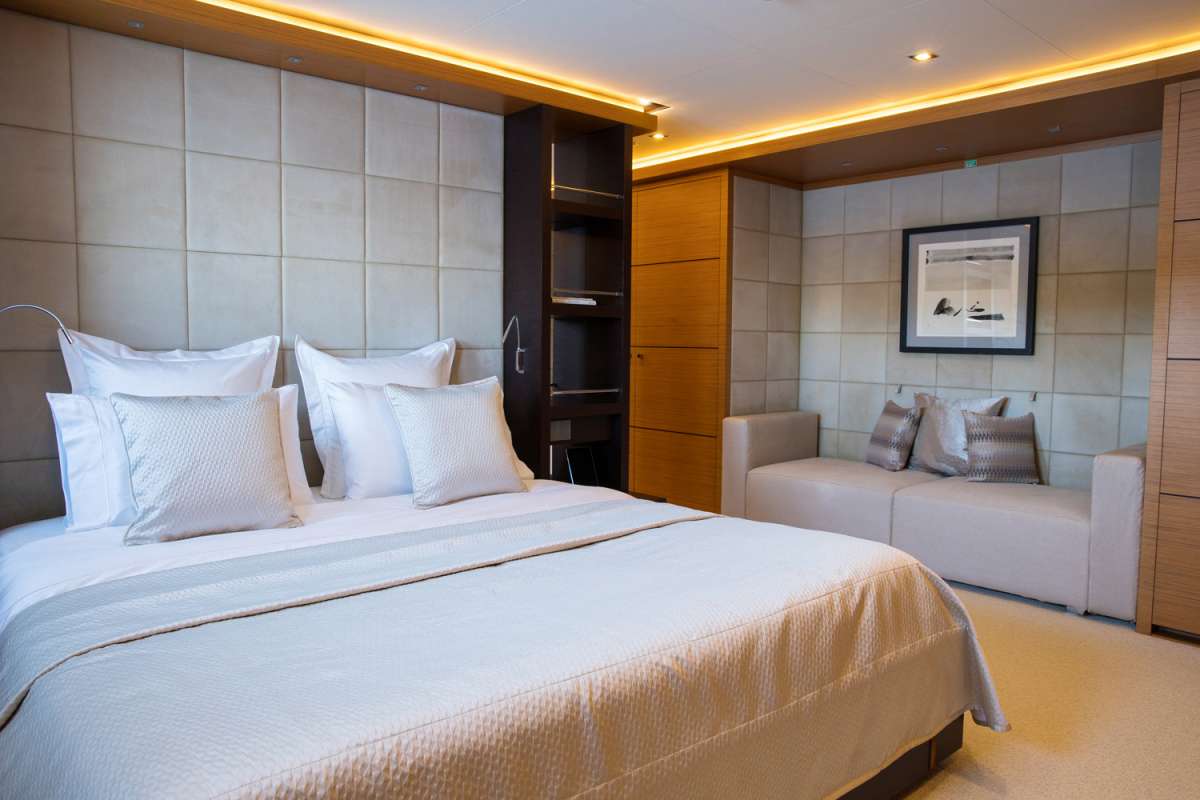 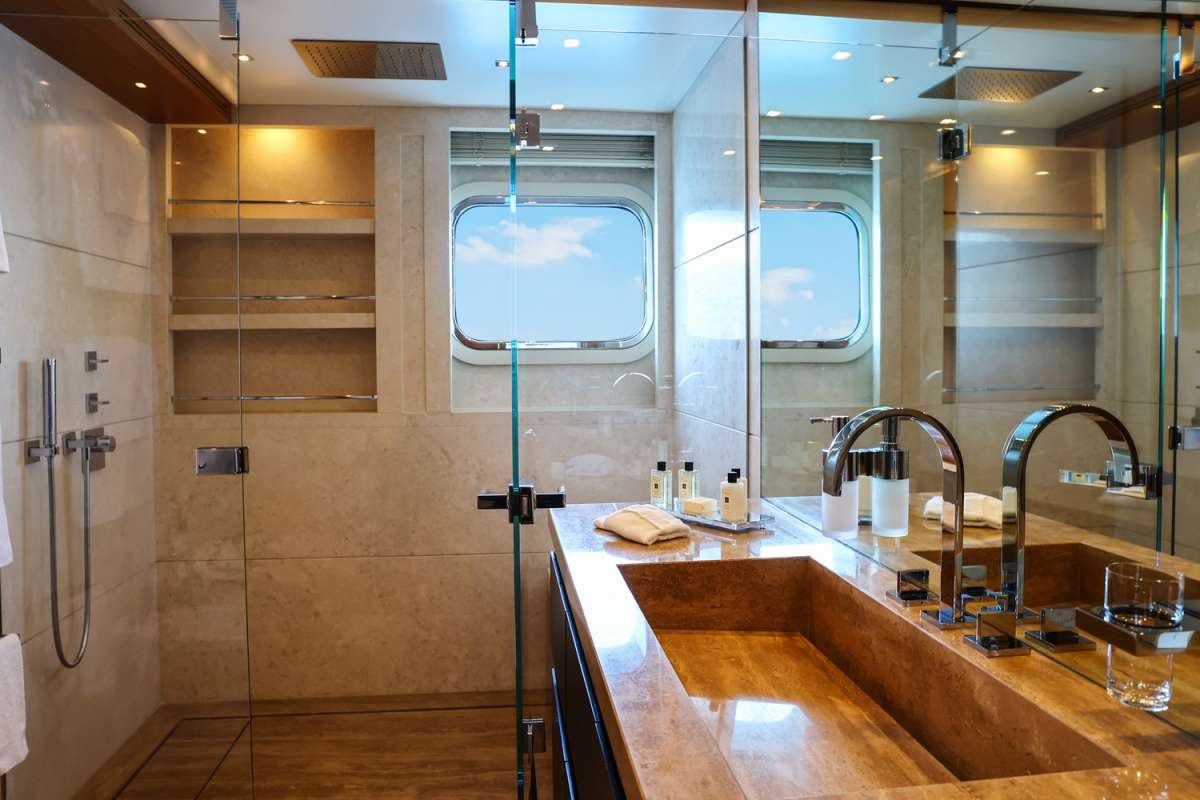 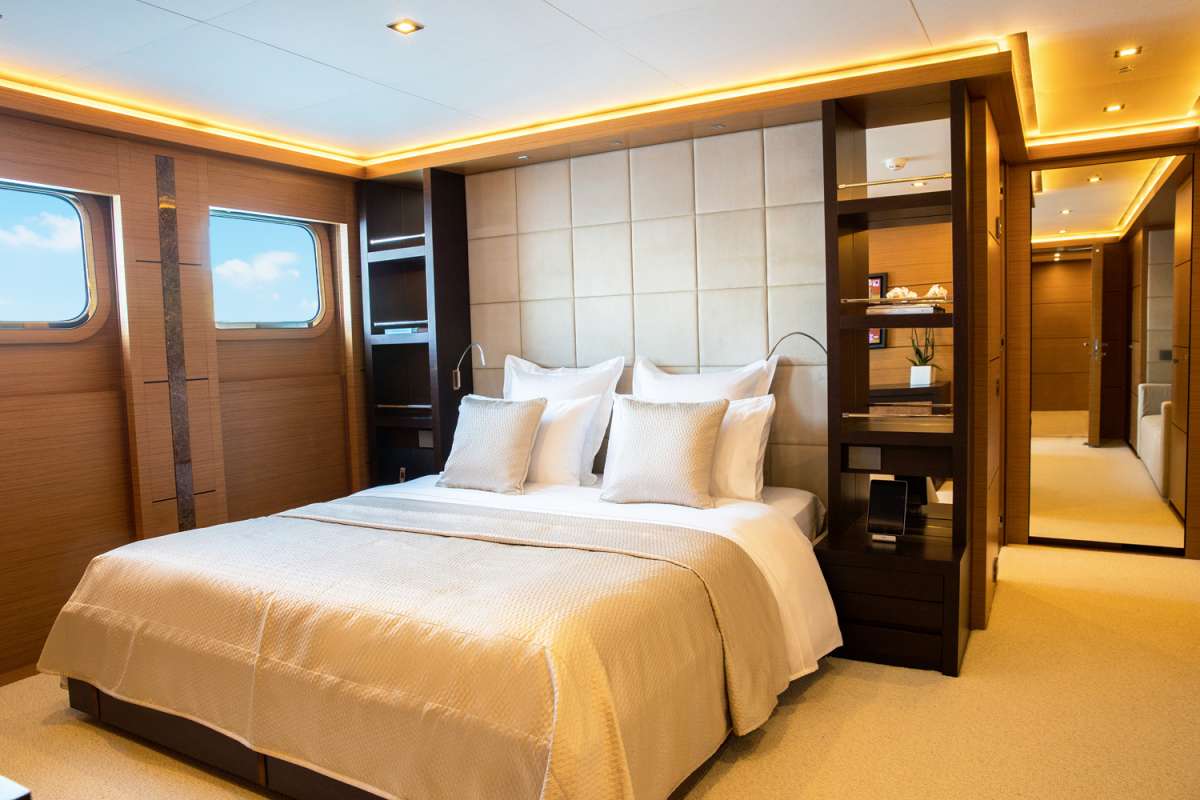 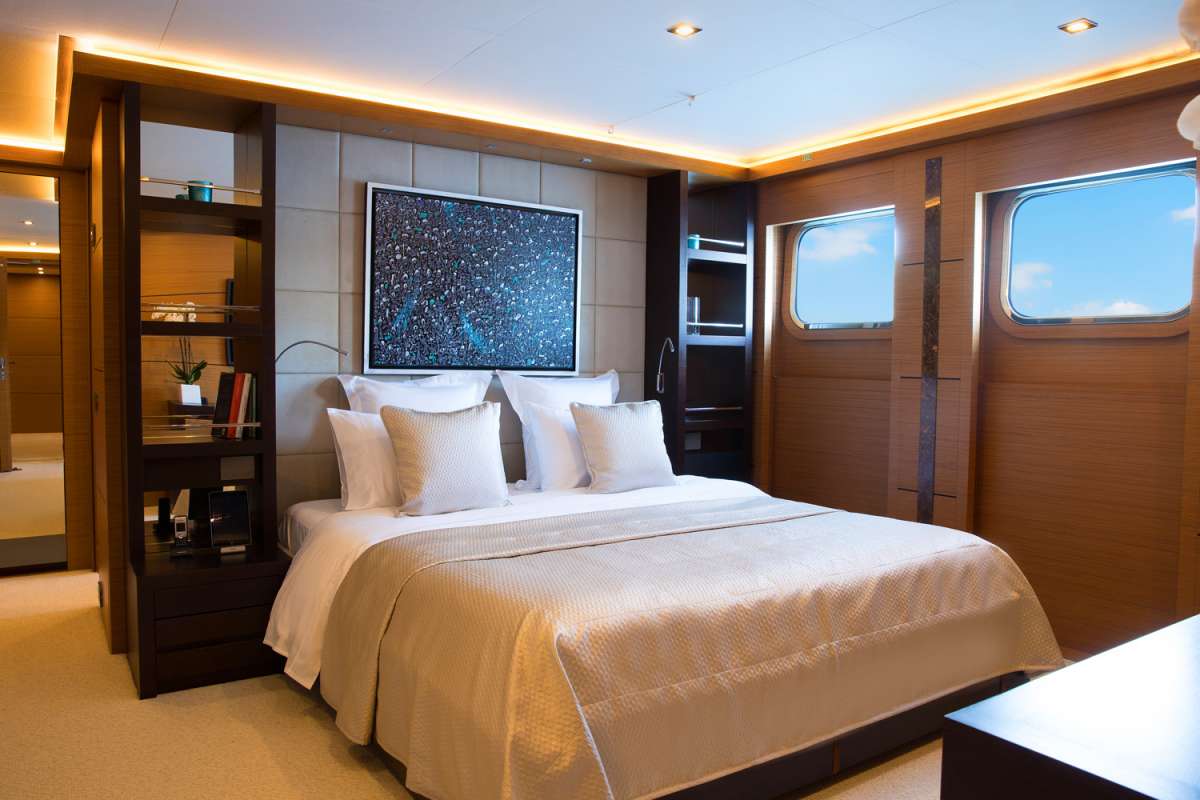 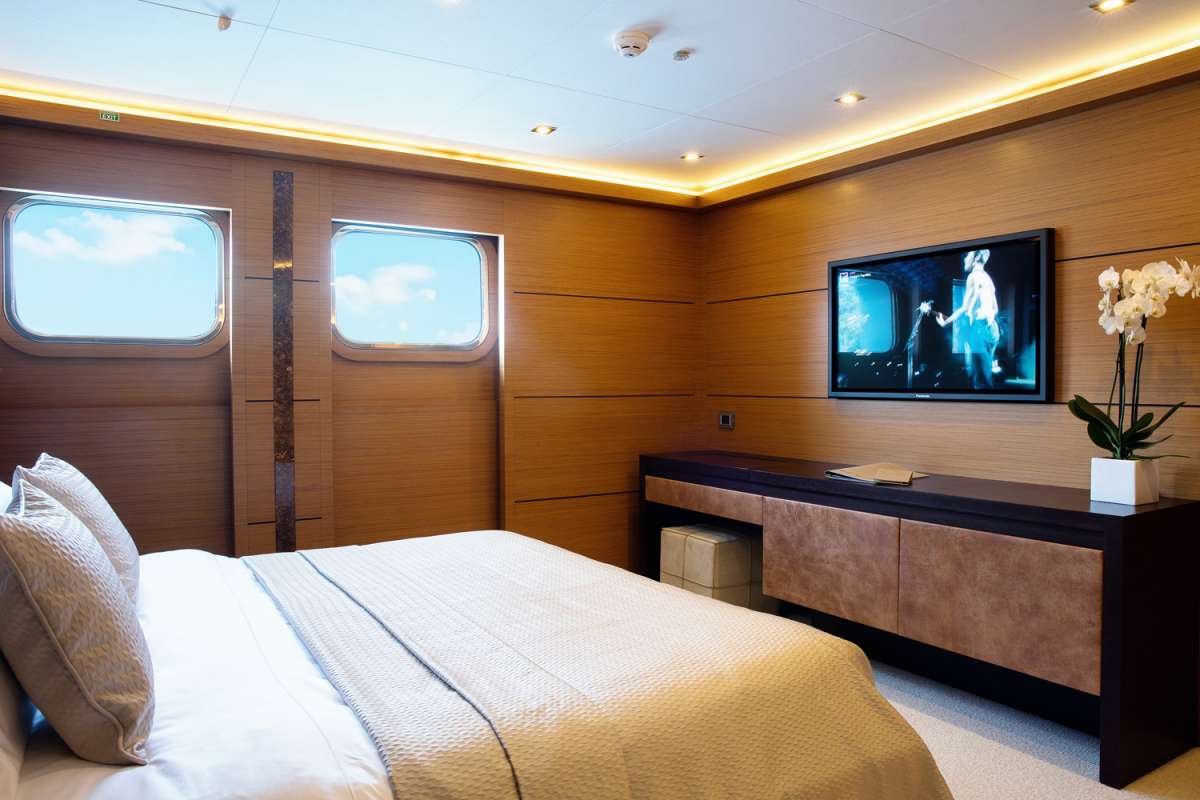 George joined the marine industry in 2004 as a 2nd Officer on cargo ships and began yachting in 2017. As a result of his hard work and dedication, he was quickly promoted to Chief Officer. To expand on his knowledge of yachting, George has attended many seminars and holds a Master 3000GT Diploma, in addition to many more certificates. Tender handling, cranes handling, anchoring, mooring operations and navigation are some of his many skills. His love for the sea began at a very young age as his father and grandfathers were fishermen. George is well-versed in net fishing, spearfishing, and watersports. Outside of yachting, some of his favorite activities include hiking, running, drawing, making drone videos, and video editing. He is fluent in English, Greek and basic French.

Vasilis has been involved in the culinary industry since 2001 and began his yachting career as a Chef a few years ago. He completed his training at Spondi, a 2-star Michelin restaurant, in Athens, which led him to work as a Chef in many of Athens' top restaurants. Vasilis participates in numerous culinary TV shows and is constantly searching for new flavors and recipes. His specialties include seafood, Mediterranean cuisine, sushi,gluten-free dishes, and vegan/vegetarian menus. In his free time, Vasilis enjoys reading and exercising. He is passionate about creating tailored menus for individual tastes as well as emphasizing the visual art of his dishes. Another well-known skill of Vasilis' is his ability to design special kid's menus with flavors from around the world. Vasilis speaks fluent English, German and Greek.

Gregory first stepped foot on a merchant yacht in 1997 as an apprentice engineer and his career took off from there. In 2004, he graduated as a 3rd Engineer and was then promoted to Chief Engineer after a few years. Gregory decided to join the yachting industry, where he has gained extensive knowledge of an engine room, among many other aspects. He holds many certificates in the industry, including a PADI Dive Master certificate, and dives every opportunity he gets. In addition to his engineering skills, Gregory is well-versed in tender handling and watersports and enjoys DJing. He is fluent in English and Greek.

Stelios obtained his Marine Technician degree back in 2001 and worked ashore as an engineer on a yachting authorized workshop.
Later on, his love for the sea forced him to join the merchant marine academy and graduated as a 3rd engineer in 2012, since then Stelios has been on different yachts that helped him gain experience and improve his skills. In his free time, he does professional competition-free diving, spearfishing, apnea yoga, and lots of watersports. Stelios speaks fluently English and Greek.

Eleni has gained vast experience on yachts since beginning her career in 2009 as a stewardess. With her attention to detail , focus to hospitality, and multitasking skills, she has accumulated 10 years of experience in management and customer service on superyachts. Eleni takes pride in her ability to complete tasks accurately efficiently, and always has a smile when working. A sociable leader, she enjoys assisting her team members and teaching some of the many skills she has acquired. Guests are often amazed by her knowledge of cocktails, wines, and cigars. In her free time, Eleni enjoys photography, diving, snowboarding, and pyrography. Eleni is fluent in English and Greek.

Katerina has been working on yachts since 2019. She studied Marketing & Management in Greece and finished her bachelor's degree in Business Administration & Marketing in Britain. Katerina speaks six languages at a professional level and enjoys learning and improving her skills whenever she can. Katerina holds an Offshore Sailing & Powerboat license, Food & Hygiene Level 2 Diploma, and has silver service experience.

Georgia graduated from the National & Kapodistrian University of Athens with a degree in Physical Education & Sports Science, as well as obtaining a degree in Geography from Harakopio University in Kallithea. Georgia commenced her career in luxury yachting in 2019 as a 2nd stewardess but her passion for water comes from a very young age when she first started swimming. Georgia is now a professional swimming coach at Panionios GSS team and holds a Head Lifeguard Certificate alongside many others such as a certificate in Aquatic Therapy for people with disabilities, baby swimming, and has experience as a water ski coach. Georgia joined the hospitality sector in 2015 and acquired her Massage diploma in 2018. She is fluent in English, Greek & basic Spanish. Her hobbies include, of course, swimming, synchronized swimming, and rhythmic gymnastics. Georgia also holds a power boat and Skipper license

Alexia only recently joined the luxury yachting industry, however, she always had a desire to be at sea. She is a hard-working individual with excellent attention to detail. Alexia is very experienced in bar and service, having worked as a barista for many years, she makes the best coffees of different flavours, milkshakes, and cocktails! Managing expenses, orders, and crew payments Alexia is a highly motivated person willing to learn at every opportunity. She speaks English and Greek and holds basic training in fire fighting and security awareness certificates.

Yiannis started his yachting career as a deckhand in 2009 and within a few years was promoted to lead deckhand. His years of experience with various yacht sizes and cruising itineraries led him to become a bosun. His skills vary from all aspects of deck maintenance to stock and spares management, watersports, tender handling mooring, and anchoring operations. Yiannis speaks English and Greek.

George's yachting career began in 2016 as a deckhand. His ability to quickly learn the trade led him to become a skipper on daily cruise catamarans and sailing boats in the Greek islands. George is self-motivated, organized, and a true team player. Prior to becoming a seaman, George worked as a security guard for high-profile individuals at a TV production company in Greece and completed military service in the Hellenic Special Forces. In addition to his work, George enjoys travelling, hiking, swimming, and participating in watersports. He also holds a scuba diving open water license.

George has been on yachts since 2017 as a deckhand cruising the Mediterranean. Today he is a very experienced, energetic, positive, and ambitious person that succeeds in any tasks given to him. George has completed his military service in the Hellenic Special Forces and has an open water diving certificate and speed boat license. He speaks English and Greek, and during his free time he enjoys jet skis, fly-boards, watersports, and motocross.

llias began his career as a junior deckhand in 2013. He quickly learned the ins and outs of the job and now holds his bosun license. In addition to this, llias has a Category C and E car drivers license, a speedboat license, and a Security Staff Diploma. His skills vary from crane operations, mooring, anchoring, painting, and varnishing. He is an expert in tender handling, sea toys, and watersports. llias speaks English and Greek.